Any good youth basketball coach knows that the mental side of the game can be just as important as the physical side. While you'll want to give your players drills on which to focus during practices, you'll also want to continuously assess each player's level of confidence. In youth basketball, players can suffer from low confidence for a number of reasons. Poor performance during a recent game can hinder a player's view of themselves, while struggles at school or even in a player's personal life can carry over onto the court. If you're aware of one of your players dealing with confidence issues, here are some tips to employ.

Get Them The Ball In Low-Pressure Situations

A player who isn't confident probably doesn't want the ball when the game is on the line; they may feel unable to successfully make a basket. If you're keen on building a player's confidence during a game, work on plays that get them the ball during low-pressure situations. For example, if your team is either leading or trailing by a significant margin late in the game, call a play that will get the ball to the player in question. By handling the ball when there's no real pressure to affect the outcome of the game, the player may feel loose and relaxed enough to make good plays — potentially leading to an increase in confidence.

Work One On One After Practice

Staying after practice with the player can be a good strategy for working on their confidence. In a gym that is nearly empty, pass the player the ball and allow them to shoot from several different positions on the court without having to worry about other people watching. This is an opportunity to offer small tips on the player's grip on the ball, release, and body positioning. Your tips may prompt the player to change their approach a little, which could result in more baskets — and more confidence.

As a coach, you likely have access to many hours of your team's game film. Even at the youth level, teams often have volunteers record their games so that coaches can share the footage with their players. Consider putting together a highlight video that depicts the on-court accomplishments of the player who is currently suffering from confidence issues. A series of clips that show them making difficult shots, stealing the ball, rebounding, and passing can be just what the player needs to watch to develop more of a confident attitude.

For more tips for coaching youth basketball, reach out to another coach in your area. 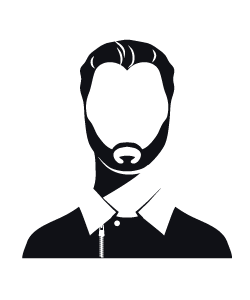 If you want to work as a trucker, you may want to …

Office buildings should have a janitorial service, …

Whether you live in a home or an apartment, in the …

A used appliance store or a repair shop are two pl …